Home » U. S. History » Unknown History: A User’s Guide to the Branches of U.S. Government

Unknown History: A User’s Guide to the Branches of U.S. Government

The three branches of the U.S. federal government—executive, legislative, and judicial—keep each other in line through a system of “checks and balances.” What roles do each play? And who puts the brakes on the POTUS? 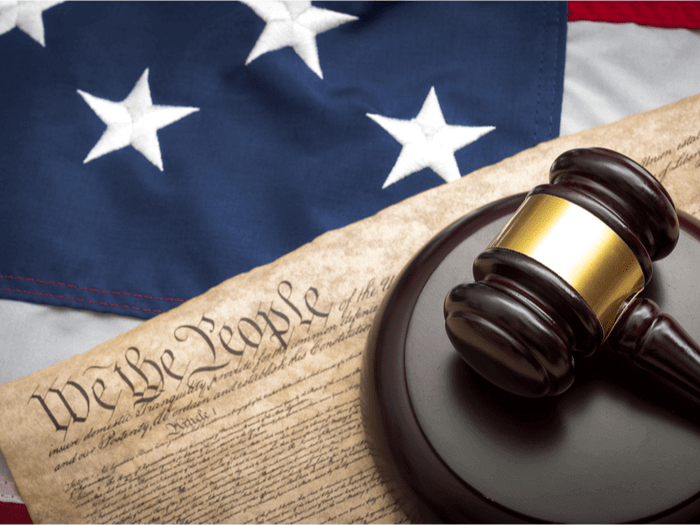 This week, the Uknown History podcast is looking at the Big Three—the three branches of the U.S. government: the legislative, executive, and judicial branches.

But before tackling that, let’s get one important thing out of the way. The system that keeps it all spinning—checks and balances. Because as Federalist Paper #51 puts it, “Ambition must be made to counteract ambition.”

What is the separation of power in the U.S. government? Checks and balances!

The framers were very much aware that the grand ideas and philosophies they laid out in the Constitution would have to be implemented by fallible humans. And fallible humans have a tendency to get a little wild-eyed where power is concerned.

The first step in creating checks and balances was to skirt the whole king issue by splitting the governing power across three branches—something called the separation of power. But that wouldn’t be enough. Those branches would need to keep a watchful eye over one another so that no one entity would get too big for its britches.

So, let’s start where the Constitution starts—Congress. The legislative branch makes laws that govern the people of the nation. Pretty straightforward, right? Of course, that’s also an immense, almost staggering amount of power. You’ve got 535 mostly white, mostly male, mostly well-off people—that’s 435 congresspeople and 100 senators—making the rules for hundreds of millions of Americans. What could possibly go wrong?

James Madison had our back on this one. So here’s the catch, or in this case, the “check.”

In order for a bill from Congress to actually become law, the President has to either sign it or, alternatively, do this thing where he doesn’t do anything to it and the bill becomes a law on its own. But if the law says something like “Only Americans whose names end in the letter L are allowed to drive,” the President could say “Hey, I don’t like that. I’m vetoing it.”

But then Congress has the power to veto that veto with a veto override, which requires a two-thirds majority vote in both houses.

That veto override can be helpful if you’ve got a president who’s totally at odds with Congress. Andrew Johnson, for example, had 15 of his vetoes overridden. That’s a lot, given the fact that we’ve only had 111 veto overrides in the history of the United States.

The veto override, in and of itself, is a check, both on Congress and the President. But just because Congress overrides a veto to make that the law, it doesn’t mean that that law is good or right. Lucky for us, the framers thought of that one, too.

What about the judicial branch?

Is that the solemn swish of black robes we hear?

And that power to strike down laws is not constitutional power. It’s a power that the Supreme Court essentially gave to themselves in their ruling on Marbury v. Madison.

The ability to grant governmental powers is, in fact, quite an immense amount of power on its own. It’s the executive branch’s job to prosecute violations of federal law through the Department of Justice. And the prosecutor has the power to bring a case before the Supreme Court or not. And Congress has the power to regulate federal jurisdiction.

In other words, they can decide the kinds of cases that the courts have the power to rule on.

Impeachment and other checks

Congress has the power to impeach members of the federal judiciary. And, of course, they can also impeach the President.

The President is mainly checked by Congress. Impeachment is a big check, but a relatively rare one. More frequently, Congress holds the purse strings and can slow the President’s agenda by not budgeting for the things the President wants. They can also pass laws like the 22nd Amendment, which said, Yeah, no more Franklin Delano Roosevelt; we’re limiting all presidents to two terms in office.

Franklin Delano Roosevelt became the 32nd President of the United States at the depth of the Great Depression. He served four terms (1933-1945) and instituted a series of programs referred to as the New Deal. He also signed the Social Security Act. Those who collect Social Security pensions and benefits or unemployment have FDR to thank.

But what do we do if the executive goes all rogue and we can’t wait for Congress to pass a law or an amendment?

That’s where those constitutional stewards, the Supreme Court justices, come into play again. The Supreme Court has the power to declare executive actions unconstitutional. It is a rare bird, that one, but all-important in a government where men are most certainly not angels.

To learn more about the separation of power and the branches of U.S. government, visit Unknown History on QuickAndDirty Tips.com. Or listen to the entire podcast episode with the player below.