In December 1917, Amy Lowell’s local newspaper, The Brookline Chronicle, ran a notice that caught her eye. U.S. Army training camps were in need of books for their libraries.  Amy called up Miss Louisa M. Hooper of the Brookline Public Library and offered to help. The two women put together collections of poetry books, funded by Amy, to be sent to the six Army camps set up in Massachusetts.  A few weeks later, when the Poetry Society of America’s monthly bulletin included a notice that the librarian at Camp Sherman in Ohio was asking for poetry books, Amy knew just what to do.  She wrote to him immediately, including a list of the books she had provided to all of the camps of Massachusetts. 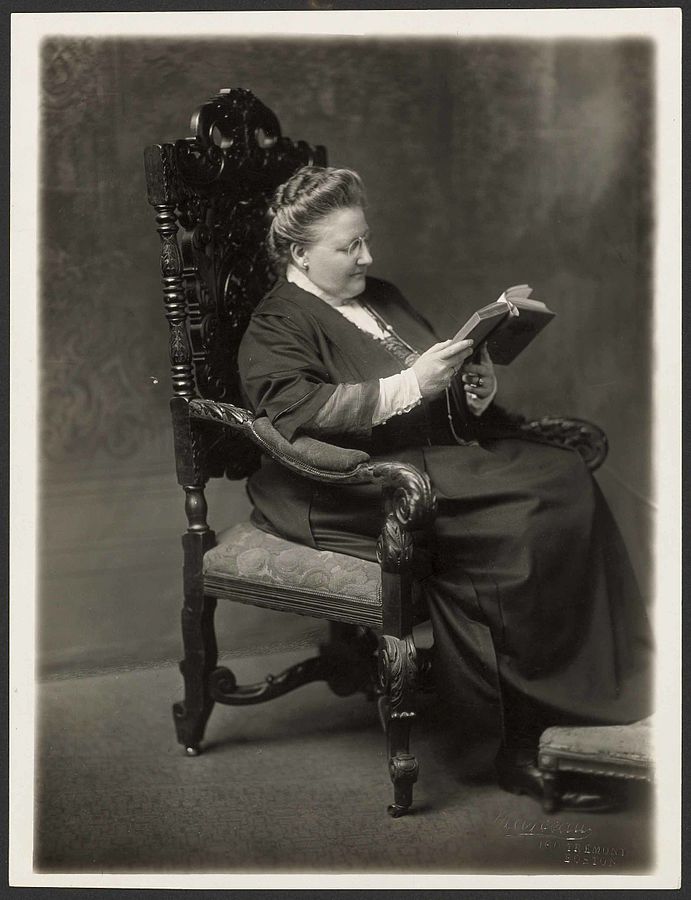 TIME Magazine cover from March 2, 1925 featuring Amy Lowell. By not available – Time Magazine. Image is in the public domain via

She went further: she offered to outfit not only Camp Sherman but any other camp that might be in need of poetry books.  In the end, Amy sent poetry libraries to thirty-four army camps around the United States.  When military hospitals contacted her for books, she was just as eager to help and sent packets of books to hospitals around the country. By the summer of 1918, Amy Lowell had placed poetry in the hands of just about any United States soldier asking for it.  Modern or classics: they wanted poems and she answered their need.

Letters from the men fed by her libraries began to trickle in.  Then the stream turned to a flood, a steady flow of gratitude and praise.  As Amy described it “the doughboys have had the poetry to their hands, and from the letters I have received, they seem to have made use of it.”[1]  Amy was even presented with the gift of original poems written by aspiring poet soldiers.  A staff sergeant named George Gordon Ladds sent in one that Amy had framed and hung on the wall of the kitchen at Sevenels:

This custard of ice

Is full of mice

And are of blue

To rigidness of a staring cow. [2]

A letter came from Donald Evans, a published poet and the founder along with poet Max Bodenheim of the Claire Marie Press in New York City – but he wrote to Amy as an enlisted man. He was posted at Camp Crane in Allentown, Pennsylvania, and wrote to tell Amy that he had received four of her books at the camp. For two months, those books had been all he had to read.  Inspired by her works, he had begun writing poetry again.  Amy wrote back to him:

When the war ended, Evans returned to civilian life. He published a book of poetry titled Ironica and dedicated one of the poems to Amy Lowell.  And why not? She had motivated him with poetry and he paid her back in kind.

Nina Sankovitch is the author of  Tolstoy and the Purple Chair, Signed, Sealed, Delivered, and The Lowells of Massachusetts: An American Family. She has written for the New York Times, as well as serving as a contributing blogger to The Huffington Post and blogging about books, letters, and life on www.readallday.org. A graduate of Tufts University and Harvard Law School, Sankovitch grew up in Evanston, Illinois, and currently lives in Connecticut with her family.  Follow Nina on Instagram @thelowellsof Massachusetts.